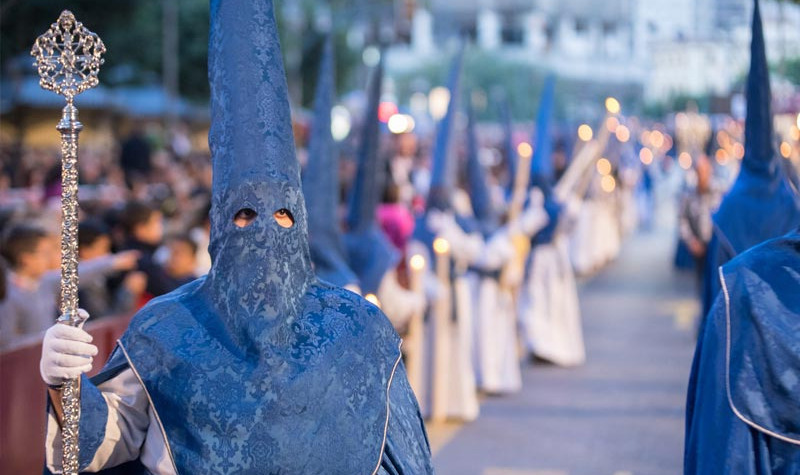 The historic city of Málaga puts on spectacular display every year during their famed Holy Week celebrations. The city's Semana Santa, as it's known in Spanish, is an ancestral tradition that dates back more than five centuries to the times of the Catholic Monarchs.

Semana Santa and its elaborate celebrations is a big event for Málaga, both as a religious celebration and cultural phenomenon. The historic city attracts more than five million visiting Spanish nationals and foreign tourists during Holy Week, which is an enormous boost to the local economy as it's one of the year's main tourist attractions.

Málaga's Confraternity, known as a Cofradía in Spanish, holds meetings and masses all year round, not just during Holy Week. The aim of such meetings is to provide the public with religious training and encourage charity in the region. Málaga is also home to the area's oldest Cofradía, dating back to 1921.

Due to the popularity of the city during the festive period, Málaga's Holy Week celebrations were declared both an International Tourist Interest and a Fiesta of National Interest. Hundreds of thousands of Spanish nationals and foreign tourists flock to the Costa del Sol hotspot every year with the sole purpose of witnessing this spectacular event. For those who have never experienced Semana Santa in Málaga, they will surely be blown away by the hard work, dedication, tradition and sentiment that goes into the spectacle.

One of the most significant events during Semana Santa are the extraordinary processions. The processions are known for the magnificent 'tronos', floats with elaborately decorated status of the Virgin Mary and Jesus. The tronos, many of which weigh over five tons, are carried through the city by thousands of Nazarenos, dressed in their traditional outfits. The tronos are followed by Malagueños, celebrating their passing with cheers, while lighting the streets with their candles. The processions also featured a number of marching bands, who have spent months on end practising for this once-yearly event.

There are hotels and short-term rentals in the city to suit every budget. Málaga's International Airport is just a short distance away and easily accessible by public transport. By the time Semana Santa rolls around, the beautiful Spring weather has arrived and some tourists even spend their days on the beach, before spending the evening taking in the incredible events.

Every year, native Malagueño and Hollywood superstar, Antonio Banderas, goes out of his way to ensure he is home for Málaga's Semana Santa. Banderas is known every year to lead the procession 'La Virgen de las Lágrimas y Favores', translating to the Virgin of Tears and Favours.

He's previously stated that he enjoys that the traditional outfits worn during the procession, which covers their head with a hood, provides him with the freedom to enjoy Semana Santa like the rest of the Malagueños by hiding his identity. 'You go from being an individual to being part of a collective', he stated.

Aside from being local tradition, Antonio has a close relationship with Málaga's church. His parents were married there and both he and his brother were married in the church many years ago.

If you can’t make it for Semana Santa, you can get a taste of events at the Malaga Holy Week Museum. The museum is open all year-round and here you’ll find displays of the processional robes and thrones from Holy Week together with exhibitions on art, music and information about the glorious traditions and cultures. 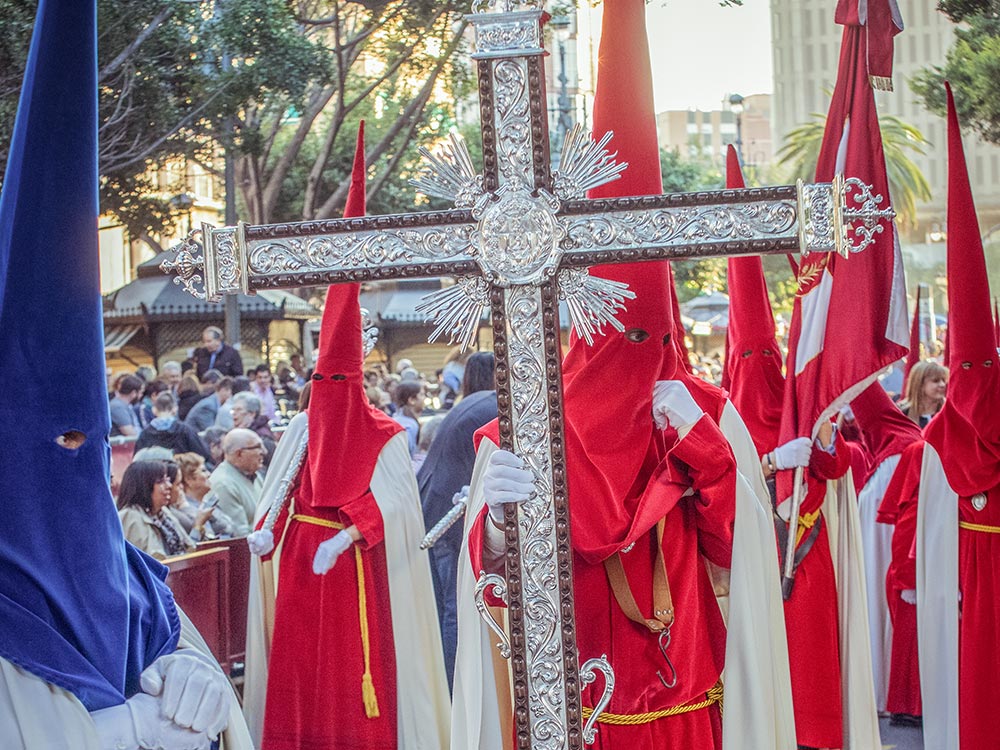 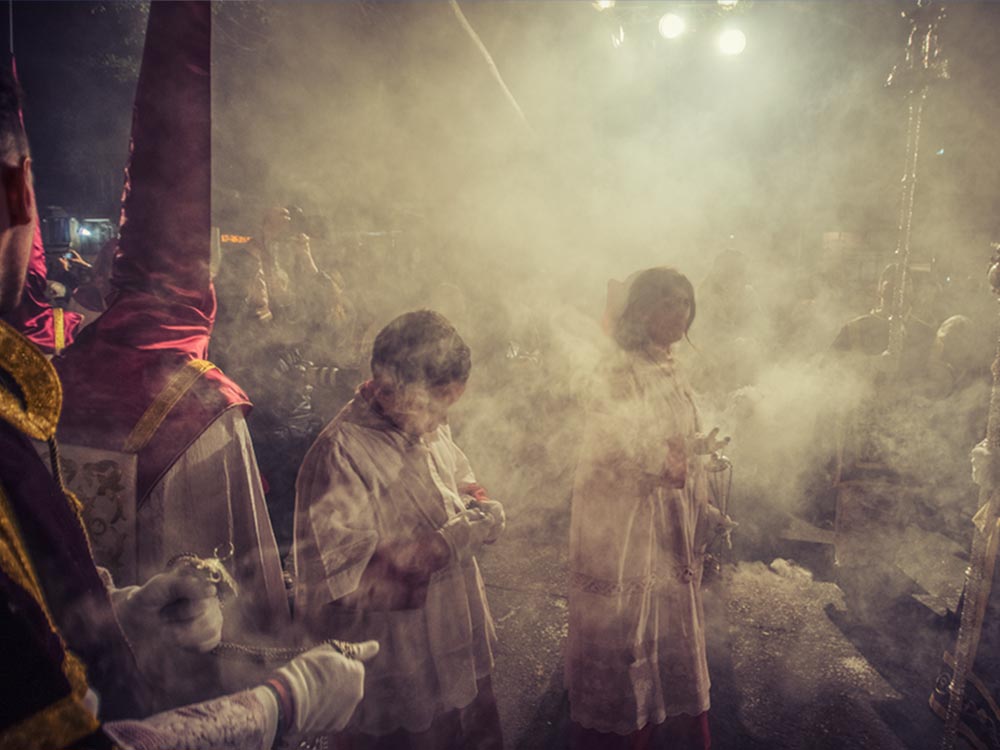 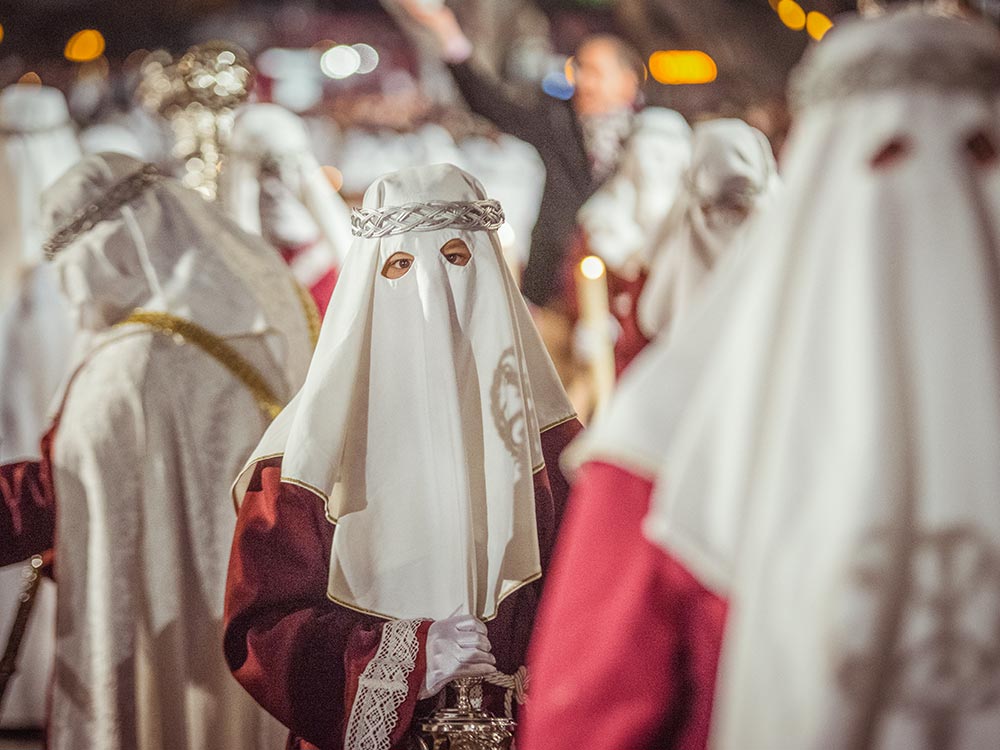 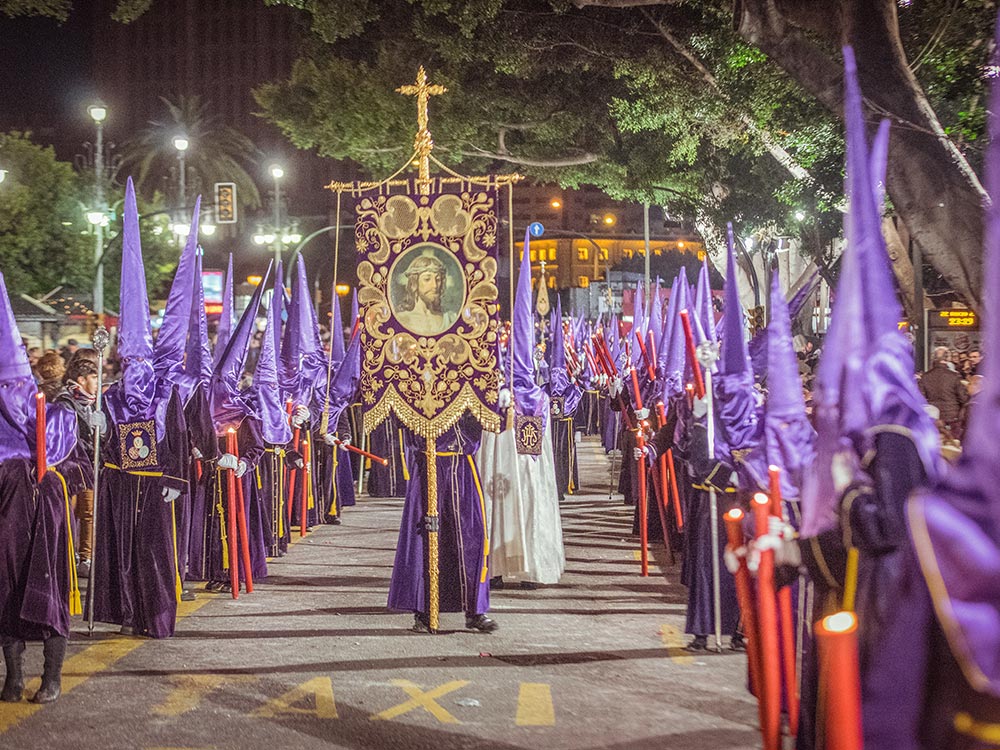 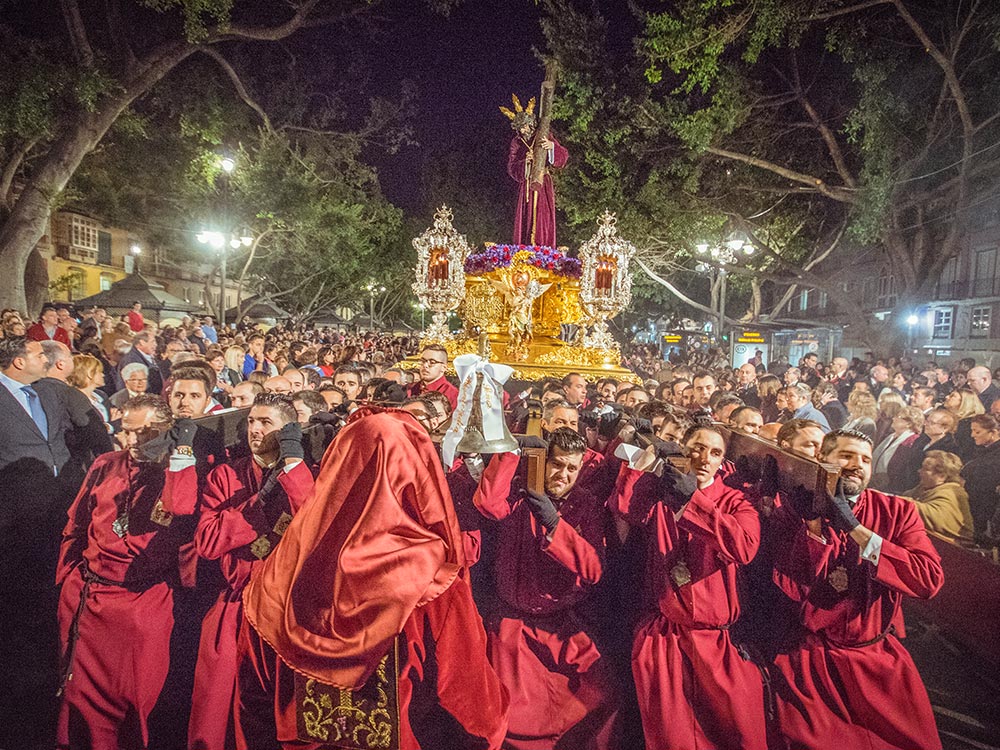 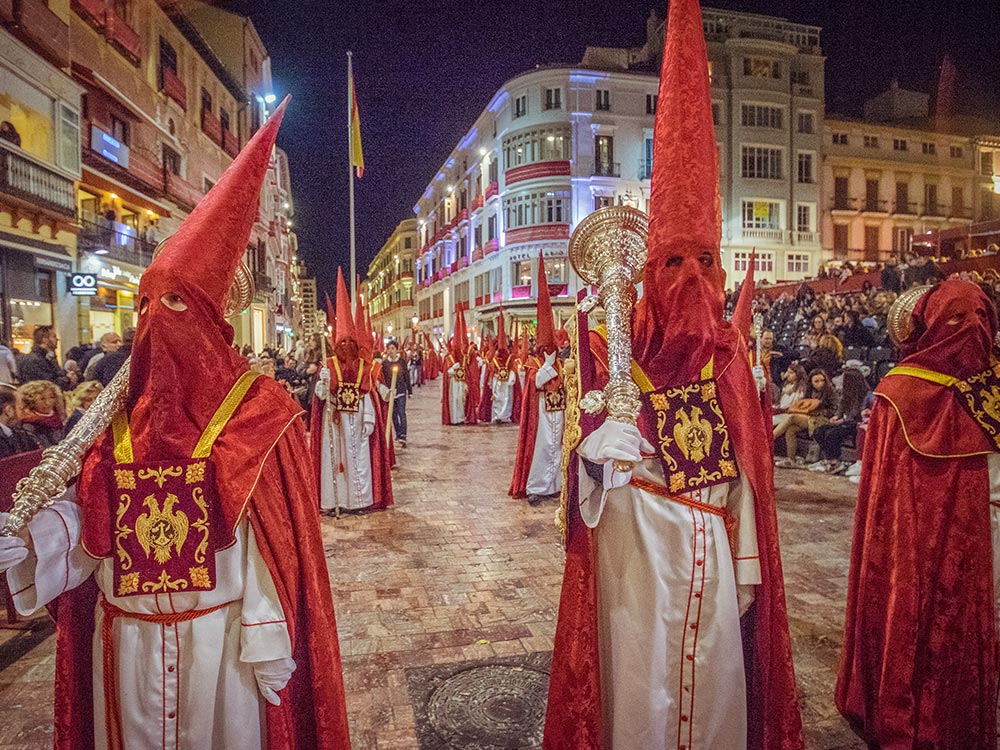 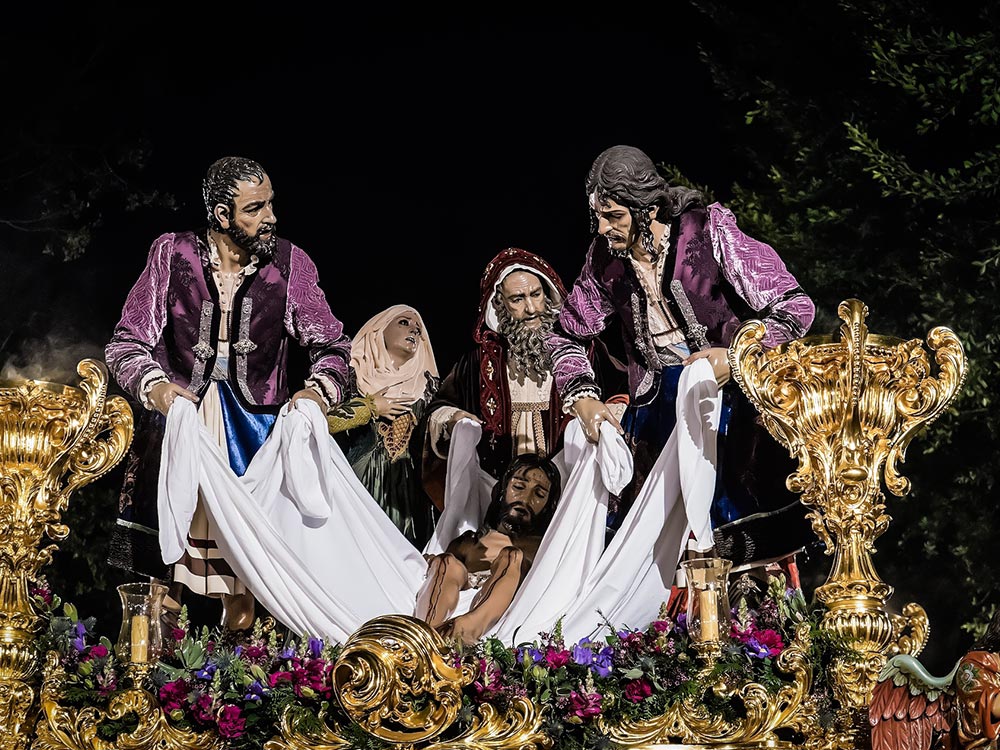 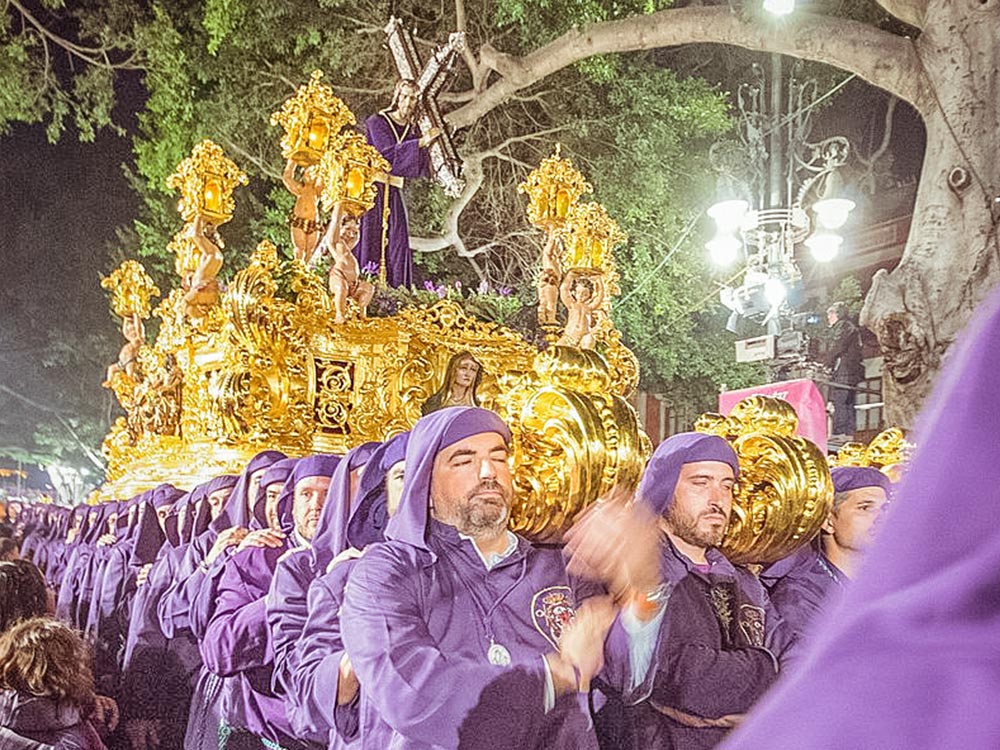